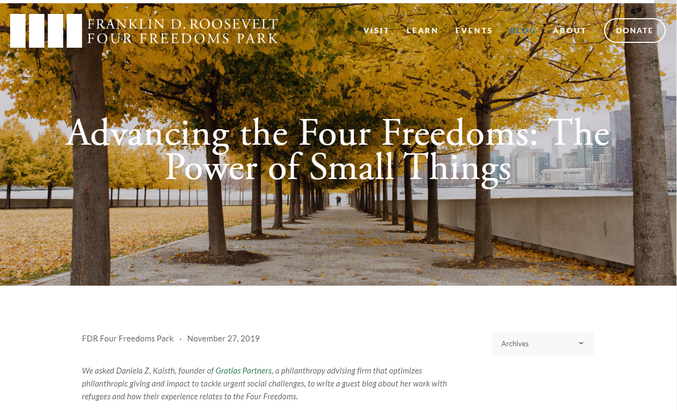 Published guest blog Advancing the Four Freedoms: The Power of Small Things on personal philanthropy's power to help advance freedom of religion, freedom of speech, freedom from want, and freedom from fear. 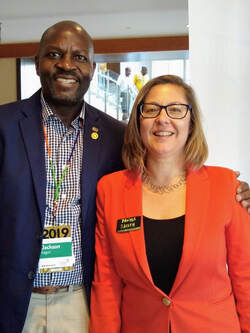 September 2019
​
Attended the Segal Family Foundation annual conference! As a Princeton in Africa Board Member, one highlight was meeting Twesigye Jackson Kaguri of the Nyaka AIDS Orphans Project and hearing how a PiAf Fellow created a Monitoring & Evaluation plan for the organization that was featured as an example at the conference! Wonderful example of PiAf impact.

​June 2019
​
Received the IIE Centennial Medal from Dr. Allan E. Goodman, President of the Institute of International Education (IIE).  In honor of IIE’s 100th anniversary, the medal recognizes individuals and organizations who have contributed to the field of international education through government service, leadership in academic exchange and global mobility, philanthropic excellence, and corporate support for advancement of international education and relations.